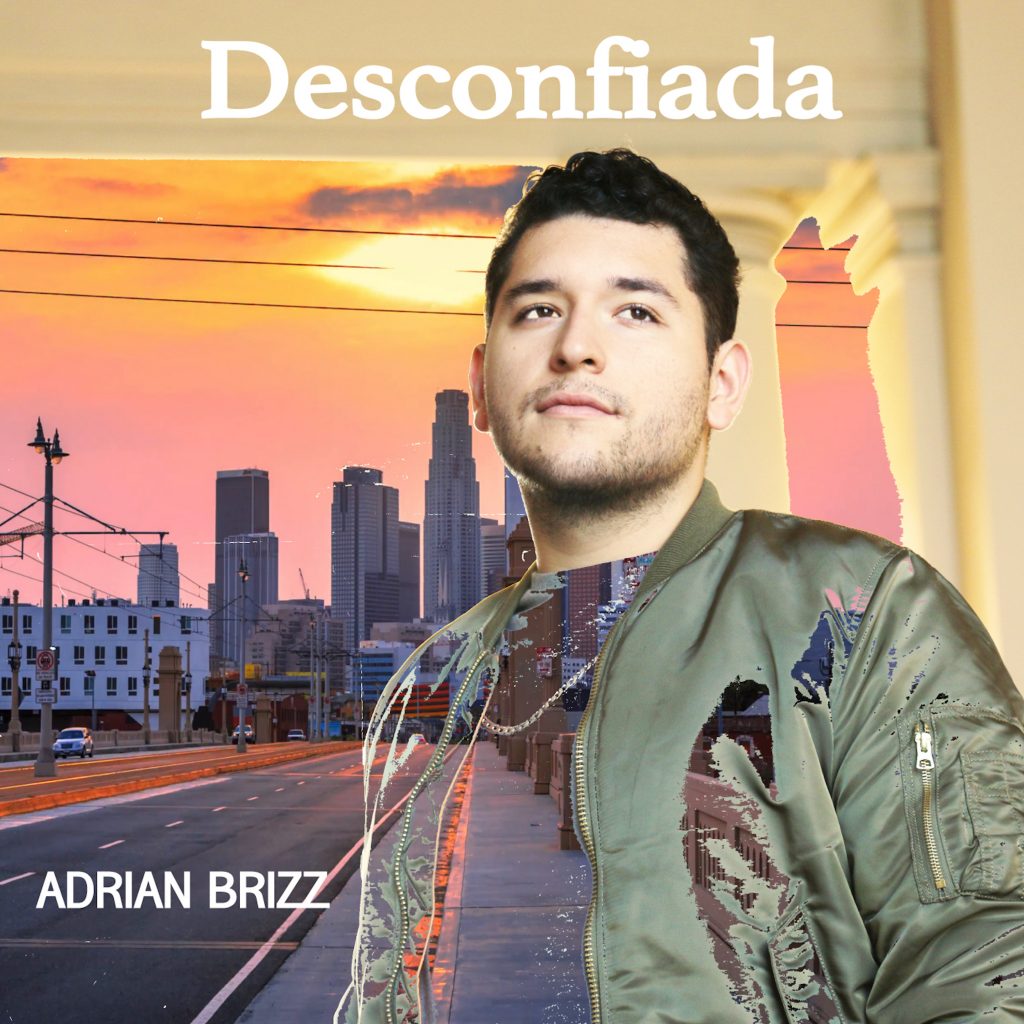 Adrian Brizz and Lord Zuela, two brothers who worked along side their father Byron to create the bilingual single Desconfiada.  The infectious Spanish hook that Adrian Brizz delivers gives the song a sense of euphoric pleasure that keeps the listener entranced and singing along.  “This song is perfect for our generation because it touches on all of the crazy relationships we go through. The way social media magnifies the jealousy, seduction and betrayal of being in a relationship. This song is about empowering anyone who is in a bad relationship where they are being controlled through texting, calling and online bullying; a song for our times.” Adrian Brizz adds.

Adrian Brizz is the singer/songwriter, a millennial who brings forth his self expression and authenticity through his songs that pertain to a young Latino upbringing.

Adrian is a classically trained actor graduate of California Institute of the Arts (CalArts). He is a bilingual singer who has recorded professionally for Warner Chappell Music and Rize High Records. He started his love for music in 7th grade when he began singing in chamber choir and participating in the school musicals. He has traveled the world performing in a Chamber Choir.

This will be Adrian Brizz’s second single of the year following “Boba Shop”. Previously Adrian released this debut album “Me Vale Mas”  where the sound of the album explored more cultural music.  Adrian is excited to present his new Single Desconfiada.

About Brizz Productions:
Brizz Productions is a music company and independent record label based in South Pasadena, California, servicing the music, film, radio and advertising industries. BP is distributed by Sony/The Orchard worldwide. For the last 24 years, Brizz Productions has been built on a reputation of exceptional work, creativity, marketability and originality. Music that speaks to the heart and soul of a generation. For more information please visit: www.brizzproductions.com